How does the SETA MINI DAX trading system work?

SETA MINI DAX, is a trading system that replicates very well the movements that occur in the market, consolidating profits as it reaches certain supports, thanks to the dynamic stops that it has programmed.

In this version of SETA MINI DAX,, to enter undone if there is very high volatility at the opening of the market, but create your own pattern of what happens in those first movements to later take the correct position.

If the filters programmed in the algorithm indicate a probability of positive mathematical expectation of continuation of the movement, the trading system enters automatically, otherwise it does not enter.

What patterns does the trading system detect in the market?

The SETA MINI DAX,, is a trading system that is coupled to the movements that have been taking place in the market in recent years, in order to consolidate profits as it reaches certain supports.

The trading system uses minute charts on the Future of DAX, with the aim of adjusting the entry and exit as much as possible, starting its operations from the first opening movements of the market, with intra-daily operations that involve opening and closing positions in the same session.

SETA MINI DAX, is a very precise and selective system that does not operate every day, it only takes a position if its probability of success is high, as it has several filters that condition said entry.

In the long run, being so selective results in a lower drawdown and substantially improves the number of winning sessions, so that it is easier to carry out trading operations psychologically.

How is the trading algorithm cataloged?

The SETA MINI DAX, automatic trading system is both a trend and an anti-trend system, considering both possibilities in its programmed algorithm.

This is because it has filters programmed that identify over-bought or over-sold in the market, and depending on the possible course of prices, it will decide to enter one way or another.

It is a suitable trading system to be combined with other types of systems or also to be replicated independently due to its solidity and good behavior in all types of markets.

The SETA MINI DAX, has a very prominent profit factor as well as its winning sessions and the Sharpe Ratio, as can be seen in its audited data statistics on real client accounts. 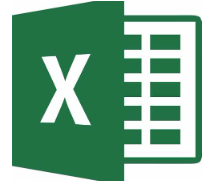 GO TO THE BROKER

We use cookies on our website to give you the most relevant experience by remembering your preferences and repeat visits. By clicking “Accept All”, you consent to the use of ALL the cookies. However, you may visit "Cookie Settings" to provide a controlled consent.
Cookie SettingsAccept All
Manage consent

This website uses cookies to improve your experience while you navigate through the website. Out of these, the cookies that are categorized as necessary are stored on your browser as they are essential for the working of basic functionalities of the website. We also use third-party cookies that help us analyze and understand how you use this website. These cookies will be stored in your browser only with your consent. You also have the option to opt-out of these cookies. But opting out of some of these cookies may affect your browsing experience.
Necessary Always Enabled
Necessary cookies are absolutely essential for the website to function properly. These cookies ensure basic functionalities and security features of the website, anonymously.
Functional
Functional cookies help to perform certain functionalities like sharing the content of the website on social media platforms, collect feedbacks, and other third-party features.
Performance
Performance cookies are used to understand and analyze the key performance indexes of the website which helps in delivering a better user experience for the visitors.
Analytics
Analytical cookies are used to understand how visitors interact with the website. These cookies help provide information on metrics the number of visitors, bounce rate, traffic source, etc.
Advertisement
Advertisement cookies are used to provide visitors with relevant ads and marketing campaigns. These cookies track visitors across websites and collect information to provide customized ads.
Others
Other uncategorized cookies are those that are being analyzed and have not been classified into a category as yet.
SAVE & ACCEPT